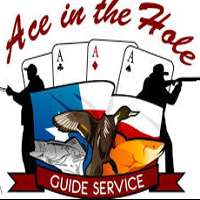 May a “Magic Potion”

When May arrives here in the Coastal Bend, it is almost like Mother Nature threw a “magic potion” into our bay waters. During the month of May we normally receive some beneficial rains, very nice temperatures both water & climate, less winds,  and an influx of bait from the gulf which predatory fish follow suit. Cold fronts have for the most part seized which helps our pursued adversaries stay in a more consistent pattern and easier to predict. Plus our water temps are far the most part holding above seventy degrees which brings on our speckled trout spawn.

During May you can normally, on almost any given day, catch a good mess of fish while fishing the way you are accustomed to or the way you would like to fish be it artificials or natural baits such as shrimp or fin fish (croaker or piggy perch). It makes no difference if you’re wade fishing with artificial lures or throwing live bait from the boat. The fish are active and normally willing to bite so long as you’re in the right areas which typically hold fish during this time of year and the conditions are right for the area you’re fishing. All days are not created equal though in May unfortunately. On those days that we do have high winds with rough seas, you should probably forget about trying to catch a good box of trout and go try for redfish or drum for example. Redfish and drum both love the rough, dirty to stained water conditions because they are more of a scavenger than a predatory type of fish such as trout. Trout being more of a predatory fish prefer clearer water or stained water so that they can SEE their prey better. Winds in the 5 – 15 mph are more favorable for trout fishing than 15-30 mph which is better
for redfish & drum.

Now for the redfish and black drum. Don’t get me wrong here there are always circumstances, but there will be days in May that we will have high winds and terrible conditions for catching trout. So with this being said, me being the guide and knowing what the conditions are, it doesn’t take this rocket scientist to figure out I should be going for redfish or drum instead of trout for the day. When targeting these two species I like to fish with fresh dead or live shrimp (peeled & threaded) on my hooks. I also fish on bottom, or with a rattle cork, on the windward shorelines and on or around oyster reefs. If you have some sort of bait flip’n in the area your chances are better at catching fish in that specific area, but after you have fished the area for 20 minutes or so without having much luck, pick up and move to another and do all over again. Sooner or later you’ll probably end up on some nice fish!

For you trout fisherman, with our water temps holding above the 70 degree mark, we start seeing a big push of bait fish from the gulf into our bays. Right behind them follow the “tide runner” trout from the gulf. Also with our water temps holding above 70 degrees we start to see more and more trout up shallow in the sand & grassy shorelines for their annual spawn. Anywhere you find lots of bait fish and a sand/grass bay bottom in the month of May, you typically find a good concentration of trout. Almost any type of artificial lure you want to throw for the day while fishing will normally do the trick in getting bit. Be it soft plastics such as Bass Assassins or Norton Sand Eels, suspending baits, and / or topwater lures. My favorites are soft plastics using a 1/8 oz screw-lok jig head later in the mornings after the sun has risen a far
piece in the sky, and Spook Jr.’s early in the mornings before 10 a.m. Soft plastics will normally produce the most numbers of fish caught no matter the time of day you fish with it, but topwaters normally produce better quality fish. If you’re a live bait fisherman after trout, free lined live croaker or live shrimp fished under some sort of “rattle” cork will produce in lots of fish being caught. Croaker will almost every time out produce the use of live shrimp though if you know how to fish them, able to afford them, and you being in the right area.

May is a great time to be outdoors and doing a little fishing. Winter is gone and the sun’s warmth is good to the soul. The conditions & chances of catching a bunch of some sort of fish don’t get much better than this month. You have to be open minded and willing to try something else though if Mother Nature throws you a curve ball after she has put the “magic” back into our waters.